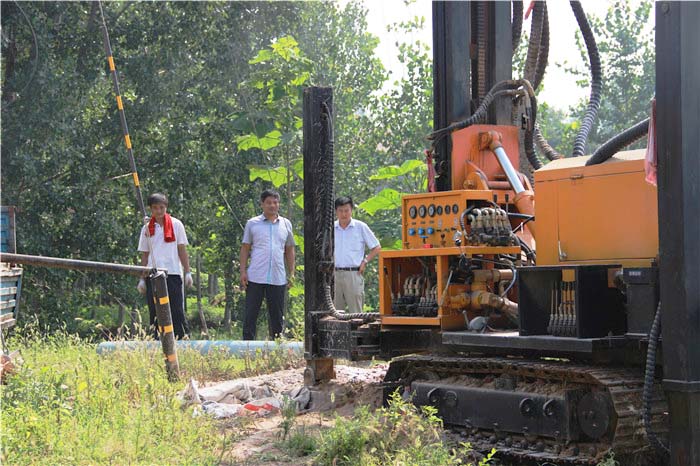 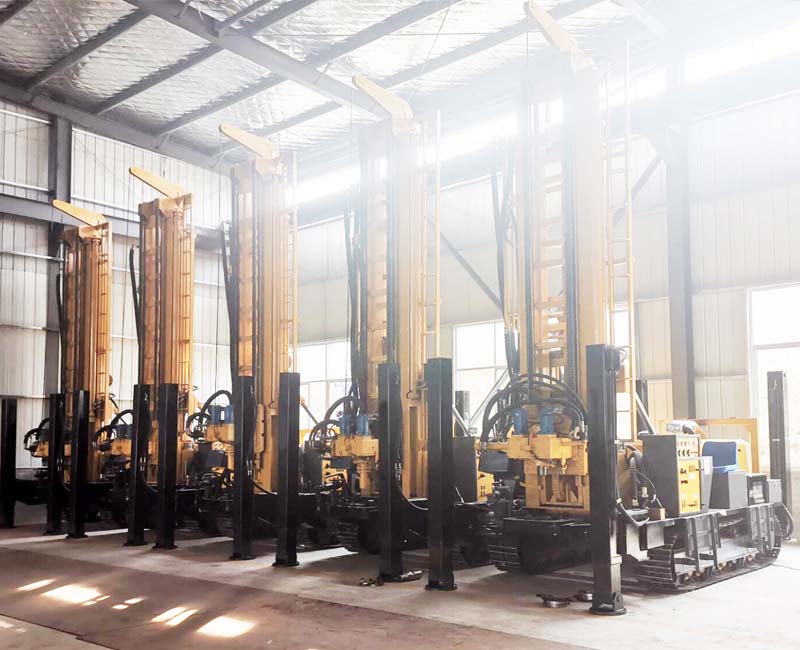 In the 2nd century BC, China had the original percussion drilling rig that used manpower and used bamboo bow elastic force to make the cone drill bit impact the ground. Later, it was used in rural China for a long time.

It was not until the 1950s that wire rope percussion drilling rigs were introduced from abroad.

In the early 1960s, simple water well drilling rigs such as large and small pot cones and punch-grab cones were developed. 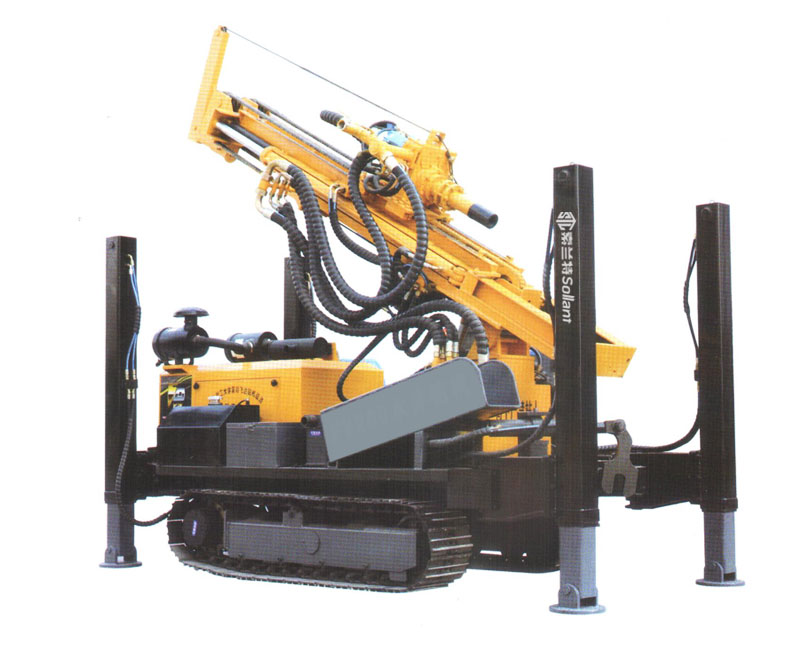 Relying on the rotary motion of the drilling tool to break the rock layer to form a whole. There are mainly large and small pot cone drills, forward and reverse circulation rotary table drills, hydraulic power head drills, and down-the-hole vibration rotary drills.

Relying on the vertical reciprocating movement of the drilling tool, the drill bit hits the bottom of the well to break the rock formation. Its structure is simple, but there is no circulating well washing system, cuttings removal, and drilling rig cannot be carried out at the same time, so the work efficiency is low.

The drilling depth is generally within 250 meters, and some can reach 500-600 meters. The main types are as follows. 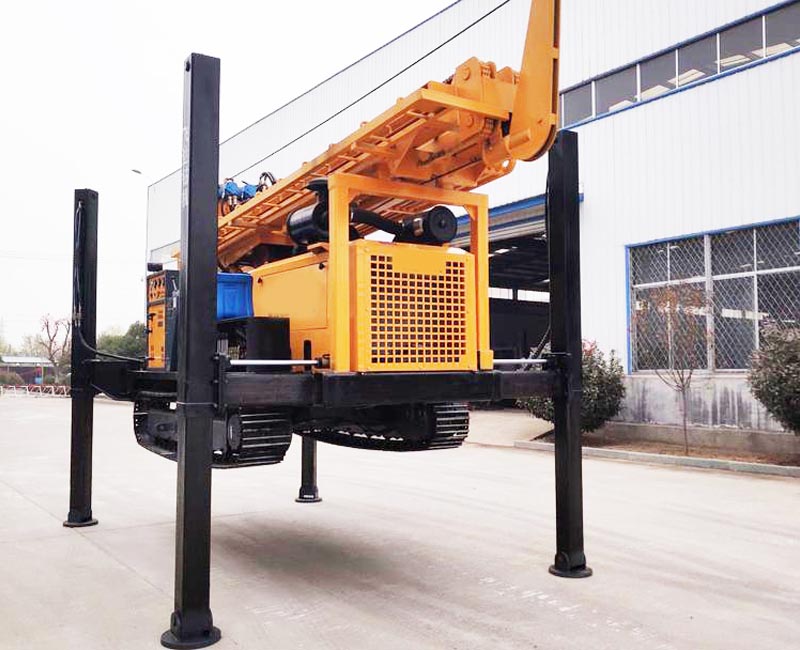 2. Four outriggers: small drilling equipment consists of hydraulic cylinders and fixed frames. The level of the body can be adjusted at the worksite to support and stabilize the body.

3. Mast: It is a frame structure composed of huge steel pipes, channel steels, and angle steels.

The inner grooves of channel steels on both sides are used as the track for the powerhead to move up and down to ensure the verticality of the drilling. The raising and lowering of the drilling mast are completed by hydraulic cylinders.

4.Power head: a mechanism with a gear reduction box. There is a mandrel with a large hole in the middle of the low-speed shaft. 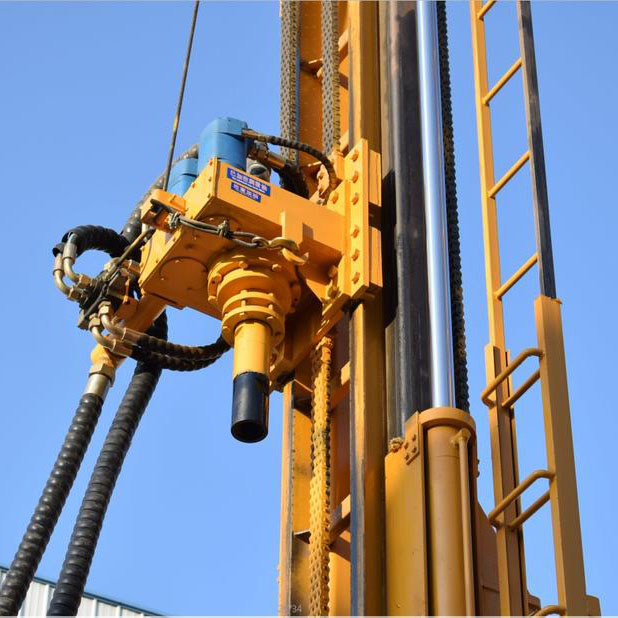 1. Power system, equipment that provides energy for the whole set of drilling rigs;

2. Working system, equipment to work according to the requirements of the process;

3. Transmission system, equipment for transmitting, conveying, and distributing energy for the working unit;

4. Control system, control all systems and equipment, coordinate and work accurately according to the requirements of the process;

The thrust bearing of the plate valve of the manual water well drilling rig parts adopts lithium-based grease. The consumption of the grease should be checked after each maintenance.

If deterioration, contamination, or lack is found, it should be replaced or supplemented immediately. The valve cavity should be times during each maintenance. Flush and refill the sealing grease to lubricate the valve plate and valve seat.

During the maintenance process, if there is a slight leakage at the valve stem packing seal, the sealing grease can be injected through the sealing grease injection valve on the valve cover to prevent leakage, but the seal should be replaced in time after the construction is completed.

We will never rent or sell your email to anyone.

We will never rent or sell your email to anyone.